It has been 5 years in the making! As of Friday 15th May 2015, the extended O’Keefe Rail Trail is now open continuously from Bendigo to Heathcote for use by the public. 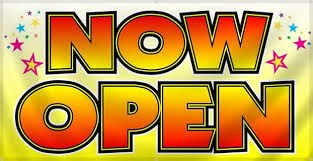 For about 22 years, the aging trail had only linked Bendigo and Axedale, a distance of about 19kms. Its former eastern trail head was at Cemetery Rd Axedale in 2009, the year that the Friends of the Bendigo-Kilmore Rail Trail community group was formed. In 2010, with joint funding secured from the then State Government and the City of Greater Bendigo Council, this Council managed project first began on 1 July 2010. The five year project has seen the upgraded and extended rail trail now have a length of 50kms, and linking the Bendigo, Junortoun, Longlea, Axedale, Knowsley, Derrinal and Heathcote communities.

This is exciting news for many trail users, who have waited patiently for this day to arrive! An official opening of the trail is expected to occur in the future, while in the mean time signage such as trail wayfinding and maps will soon be installed at various points along the trail.

In the mean time, be excited, go on an trail adventure for that special experience, on what is expected to be recognised as a great regional rail trail. The new O’Keefe Rail Trail has now come of age, to ‘rub shoulders’ with the best in Victoria!