The producers of a new TV series Trail Towns (coming to SBS later in 2020) visited Bendigo to experience what the popular O’Keefe Rail Trail had to offer.

After visiting some of Bendigo’s querky cafes and laneways, Paul and Deetz were impressed by riding through the rail trail’s historic brick ‘tunnel’ railway underpass. Heading eastwards, after 20kms the riders then took some time off the bikes at Axedale, to check out the amazing charm of the Axedale Tavern.

Following some rehydration for the next 30kms ahead, the riders were then immersed in the natural environment of Campaspe River reserve, before riding onwards towards the trail’s crossing of Lake Eppalock.

Cycling through forests and cruising past wineries, the exploring group diverted into Heathcote’s Palling Bros Brewery to end what said to have been a fantastic trail experience. “We’ll definately be back!” said Deetz. 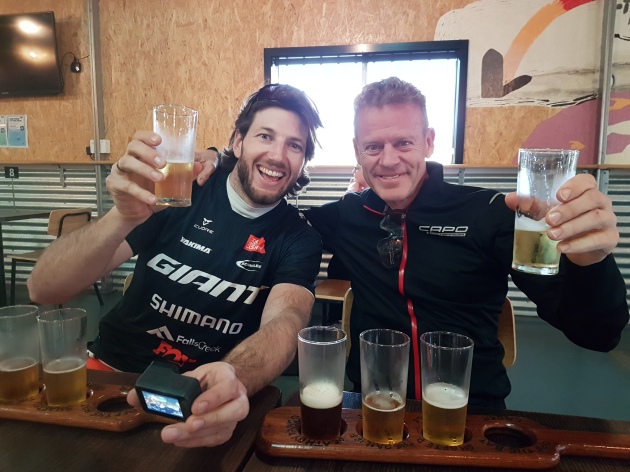