The O’Keefe Marathon has more stories to tell

Wondering what cyclists and marathon runners have in common for the same event? Stories of participation by individual and team entrants, plus volunteers involved with the 2016 O’Keefe Rail Trail Marathon was highlighted in the June edition of the Strathfieldsaye Primary Health newsletter. Read details in the June edition

Friends of the Bendigo-Kilmore Rail Trail Vice President Les Lewis and local cyclist Scott Eldridge both contributed to the running of this inaugural marathon event as pace riders, along with the many other roles done by volunteers. Keeping just ahead of the lead runners for the whole race, was the task that the two riders had to perform. This required both the cyclist’s concentration and physical fitness, as no rest stops were possible over the 42.19kms. 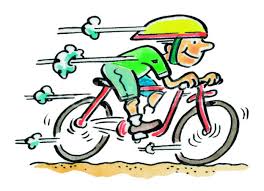 The volunteer contributions for the event were much appreciated by the organisers and participants; with perhaps the pace of these two cyclists assisting the runners to achieve PBs and the fast times that were recorded? And as for the age difference between the two cyclists, Les and Scott, your estimates are welcomed!