The trail is now officially open

Its official, the O’Keefe Rail Trail’s latest extension between Axedale and Heathcote is now open for business. 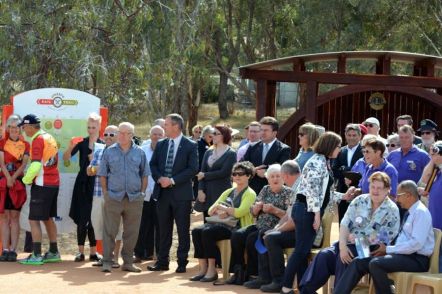 With a crowd of over 100 people attending the opening, it was an indication of the interest in this trail. Minister Allan, Mayor Fyffe and Friends of Bendigo-Kilmore Rail Trail President Garry Long unveiled a plaque to recognise the occasion. It was a fitting tribute to the support that Jacinta had made to this project, as well as committing the Victorian State Government to supporting a feasibility study in 2016 for a ‘Wallan to Heathcote Rail Trail’ proposal. 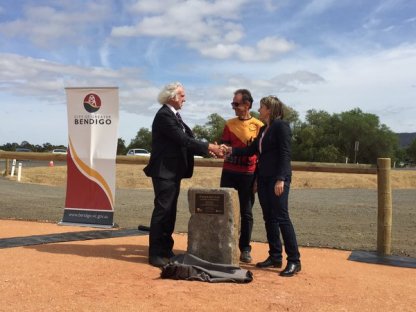 Prior to the plaque unveiling, Garry thanked Jacinta for her continuing support, the City of Greater Bendigo Councillors and staff commitment to co-fund and build this new trail, and also community members for their passionate support over the past 6 years. This support and involvement has now created a lasting community asset, to help improve community health and wellbeing, plus be an important tourist attraction that is expected to contribute significantly to Heathcote and Axedale’s economy. 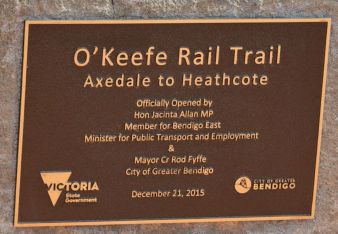 3 responses to “The trail is now officially open”