Where did all the stations go?

There’s not a great deal of all the stations that used to dot the railway line. You’d have been hard pressed to even know where most of the stations were – until now.

A long-term project of the Friends has been to install reproduction station signs along the route. Now you can see where six stations used to be located:

The six signs were funded by a City of Greater Bendigo community grant and a contribution from the Friends – as well as a lot of planning, post hole digging, concrete mixing and bolt-welding on the part of the Friends. 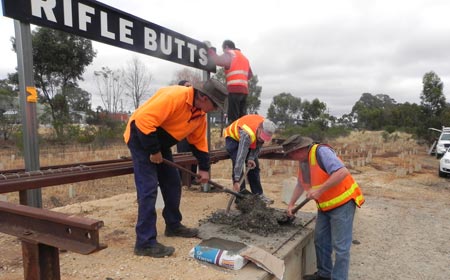 Closest to Bendigo is Rifle Butts on the reproduction platform also built by the Friends. 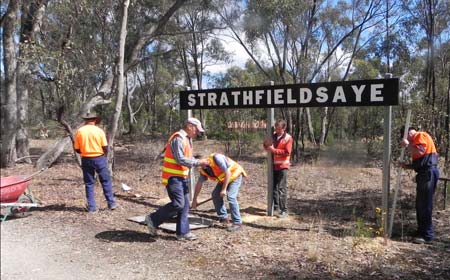 Who named this place? Strathfieldsaye was so long it caused all sorts of logistical troubles. 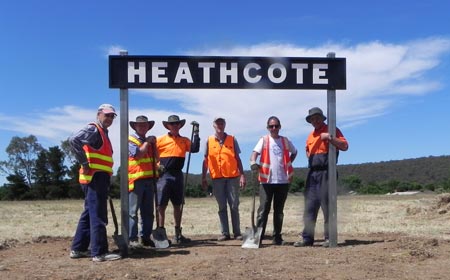 At the end of the line – or is that just the middle?

Like Loading...
Works
← Have your say on Hume trails – including our rail trail Trail training for Oxfam walk →